Who is the Customer, Really? 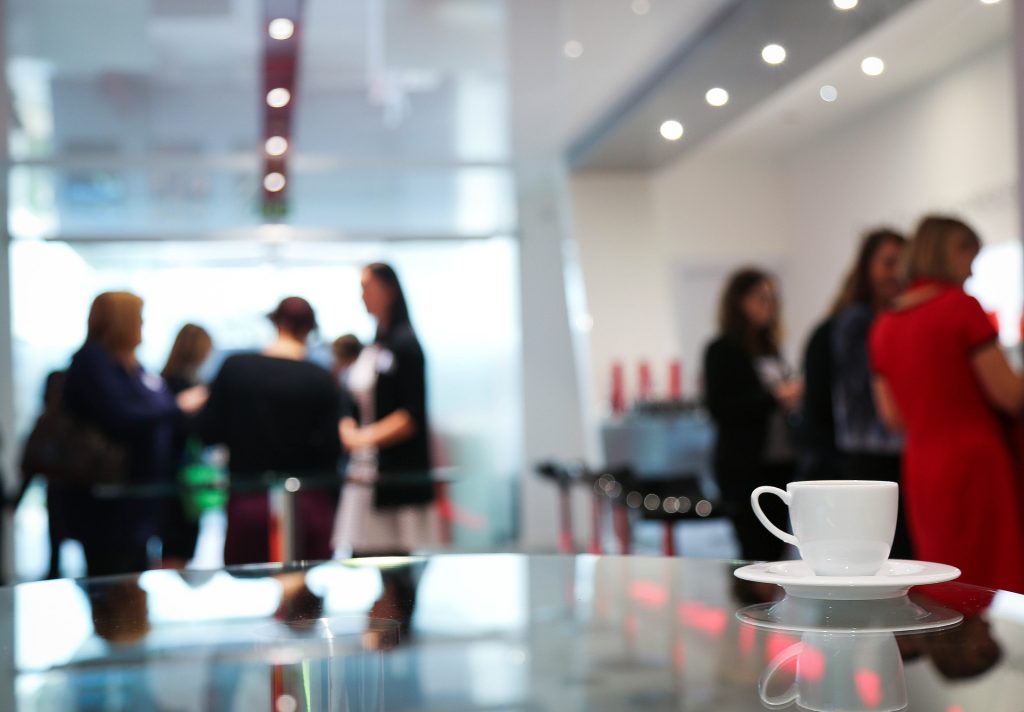 One of the most important exercises a company can do is clearly defining who their customer is. And to do that exercise successfully, you should only have one answer.

When I’ve been part of this exercise at different carriers in the past, we’ve discussed whether the end insured, agent or broker, shareholder or employee was the customer. Having done this a few times, I’ve seen different companies land on each of those as their answer.

I’ve also seen debate about whether there might be more than one answer, or perhaps that the answer is situational, and depends on the context.  Whenever that notion came up, however, the people leading the exercise were quick to insist that you can only have one customer because, as the saying goes, trying to please everyone means you will ultimately please no one.

This never really sat well with me, though.

As I did the research for my book series, getting under the covers of many different insurers, I saw this singular definition of ‘customer’ causing problems, and separation from the constraint opening up possibilities.

Who Could Be The Customer?

Despite being a shareholder of some carriers over the years and former employee and leader of other employees, I will respectfully set aside shareholders and employees here. While they are important constituents we must care about, they do not buy our products or services or enter into commercial arrangements with us. These would seem to be prerequisites of earning the title “customers”.

Assuming we aren’t a purely direct writer, that leaves us with agents (or brokers, depending on our structure, but I’ll just use agents going forward) and insureds.  The convention is to pick one, but I want to show you why you must pick both. Let’s see what happens when you single in on one or the other.

Agents as The Customer

At almost every carrier I’ve worked at or talked to that has agent relationships, I have heard, “the agent is our customer.” It’s usually followed by, “The insured isn’t our customer. That’s the agent’s customer. We can’t just reach out directly or we’ll anger our agent.” I’ve heard this in personal lines right through to the largest, most complex commercial risks.

While you absolutely need to respect your distributors’ relationships, if you stay too far removed from the end insured, you will miss out on critical insights. How could you know what their preferences are for things like going through the claims process or getting paid at the end of it, obtaining certificates of insurance, accessing their documents, and more? What about what kind of coverage or features they wished they had in their policy, or what coverage they thought they had only to realize during a claim that their policy doesn’t cover that kind of loss. As a former Chief Claims Officer, I saw this play out firsthand.

Sure, the agent could tell you what their customer wants, but then you’re hearing it through the agent’s filter, whether they mean to filter it or not. We all have biases, and may not fully understand what someone else thinks or wants, even if they tell us as best they can. The point is, this filter can create material disconnects as we try to innovate and evolve.

And sometimes, the wants and needs of agents and insureds are at odds. Insureds generally want to pay less, while agents inherently want to maximize commission earnings. Of course, they want the best coverage at the best value for their customer, but they also want to able to support their family, pay their staff and overhead, etc. If premium is lower, commission will be lower, too. The same disconnect can play out in so many different areas beyond premium or coverage.

In any of these moments of differing needs between agents and insureds, you have the potential for an insured to be unhappy and decide to move their business if you aren’t aware of what they truly want or need. Depending how unhappy the insured is, you and the agent may both lose their business in the end.

As you can see, viewing the agent as the customer is not the answer. In this last example, it sounds like focusing on the end insured may be the answer instead. Let’s see.

Insureds as The Customer

Many carriers focus on the end insured as the customer. They’re the ones who are ultimately buying the policy and getting covered by us. It seems reasonable to be purely focused on their needs, and their needs alone. This can help protect you from losing the insured yourself, and potentially costing the agent or broker their client relationship in the process.

Doing so, though, misses the chance to recognize the needs of those who connect you to that end insured – your agents.

I have seen many carriers try to solve for the end insureds’ needs singularly, build something that seems to be attractive to the market, but then fails to gain traction. Those carriers often don’t understand why.

When you dig in and talk to their distribution partners, the answers become clear.

While the product may be good, it may also be hard to work with that carrier, so that great product offering was never even in the mix to be sold. Or, while the initial sale may go fine, if agents aren’t kept in the loop on claims, or must jump through hoops (or cumbersome carrier portals) to service the policy, they’re not likely to leave the policy where it is at renewal time because the administrative burden on the agent is too high. This has been a common issue since the early days of the Internet and has only amplified due to the rapid digitization during the COVID lockdowns of 2020 where carriers that were harder for agents to work with than their peers lost out.

Again, we find that seeing only one side in this equation as the customer is not good enough, and yet both the insured and the agent mater critically to the success of any insurer’s business.  The answer, then, is that they are both ‘The Customer’.

What Does it Mean to Be ‘The Customer’?

Sometimes, the agent is being kept in mind, but something still isn’t working. It isn’t enough to just think about the insured or the agent (or both) as the customer. The real impact comes from how you live it.

That means talking to them directly and understanding what they really need from you, and how they want to receive it.

For example, InsurTech MGA Coterie Insurance had developed a solution for a problem they saw agents dealing with – antiquated quote proposals. What used to be presented in paper had evolved to a PDF, but had not jumped to a modern solution that is more mobile-friendly, dynamic, etc. Coterie had a brilliant idea to solve this and created a proposal microsite agents could share with insureds. It would be faster, more informative, look better and let the agent present a modern image to their customer. It would also let agents punch above their weight against larger players, or some of the new, direct, InsurTech startup offerings coming into the market. Clearly, this would be a big win for agents.

And it seemed to be aligned with what insureds would want, since consumers were being conditioned to use things like this in many other aspects of their lives as everything becomes more digital and on demand.

Coterie Insurance built it, but agents did not come. They found the microsite wasn’t being used.  They realized they were trying to solve a problem no one actually had.

The missing ingredient was going to agents firsthand, which Coterie did. Rather than bemoan agents as resistant to change, Coterie saw responsibility for the low adoption as their own.  They quickly acknowledged that to their agents and started talking to them about it.

Coterie learned that the microsite, while nice looking, didn’t really fit with existing agent workflows, making it hard for agents to use it.  As they talked to more agents, Coterie got clearer on what agents really needed, what considerations had to be considered. They created a new version of their solution that fit how agents worked better, while also incorporating things insureds wanted when looking at quotes. One key new feature was bringing back the tried-and-true PDF quote proposal.

The result was a rapid turnaround in adoption, with agents and insureds both embracing the new tools Coterie built, as well as improved feedback loops between all parties because of the honest and humble way Coterie recognized its mistake and sought to address it.

The challenge in this particular example is how you move the industry and the way we work forward if you’re essentially recreating what already exists. Are you able to keep up with changing customer needs if you succumb to the constraints of legacy workflows?

Had Coterie Insurance only defined the customer as the insured, they would never have understood what the issue was or how to fix it. Without talking to agents or genuinely listening to what they thought, Coterie would have missed the mark. If they had only seen agents as the customer, they would not be inspired to find a way to move the quoting process forward to better meet the changed expectations of insureds in the more digital world they are used to transacting in today.

To genuinely succeed, you must see your closest partners, your agents, as customers equal in importance to the ultimate customer you share with them, the insured. As Coterie’s example demonstrates, this will allow you to move the ball forward while ensuring everyone still wants to play the game with you. 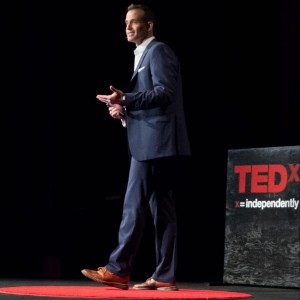 Bryan Falchuk is the Managing Partner of Insurance Evolution Partners, which advises carriers and their partners on how to navigate an evolving industry facing disruption and change. Bryan spent 20 years in insurance, including serving as a COO and CCO on the carrier side, leading Growth for an InsurTech startup, and as a consultant in McKinsey & Company’s insurance practice. Bryan is a best-selling author and public speaker, including his series, "The Future of Insurance: From Disruption to Evolution," which shares case studies of change in the insurance industry despite the barriers and disruption we all face.
PrevPreviousThe True Value of the Cloud – Flexibility
NextThe Future of ESG in InsuranceNext
Manage Cookie Consent
We use cookies to optimize our website and our service.
Manage options Manage services Manage vendors Read more about these purposes
View preferences
{title} {title} {title}